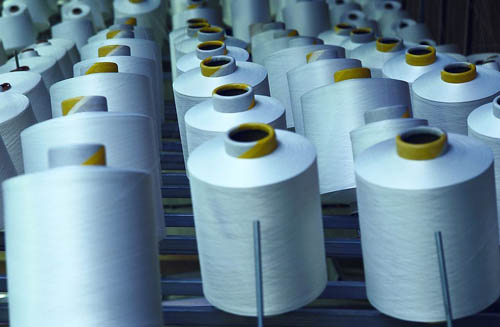 Ye Zhiqiu, the textile industry is facing a test. Shanghai Textile Association expects that many small and medium-sized micro-enterprises may be eliminated.

From January to September, Shanghai industrial enterprises above designated size achieved sales value of 59.048 billion yuan, a year-on-year decrease of 4.6%. The year-on-year decline also expanded quarter by quarter, with the second quarter at 3.9% and the first quarter at 2.9%. In September, the decline dropped to 6.2%.

â€œThe net profit rate of textile and garment export enterprises is generally only 1-3%. The survival mainly depends on the national tax rebate, and after the tax rebate removes the customerâ€™s price, the benefits the company can enjoy is only about half, so if you exclude 16% of the export tax rebate on profits The contribution of the vast majority of textile and garment companies are running at a loss," Shanghai Textile Association wrote in the report.

Exports declined more than domestic sales. According to the report, the export volume of textile and apparel in Shanghai fell for 11 consecutive months. From January to September, Shanghai textile enterprises achieved export value of 15.964 billion yuan, a year-on-year decrease of 11.1%.

According to Liu Xifeng, secretary-general of the Shanghai Textile Association, the traditional export market of the textile industry has continued to shrink as a result of the European debt crisis this year. Affected by rising domestic costs, international apparel retailers have stepped up their purchases from Southeast Asia and reduced their exposure to China. The company's purchasing needs.

It is reported that due to the ongoing expansion of the cotton price gap at home and abroad due to the existing cotton management system, the domestic cotton price was about RMB 4500/ton higher than that of foreign countries in early July. At present, the price difference has reached RMB 5,000/ton, weakening the textile industry in particular. Cotton spinning industry chain competitiveness. In addition, China's textile and apparel export products remain the main targets of global trade protection this year.

Lu Longsheng said that the reduction in EU orders has been most evident since the beginning of this year. Diaoyu Island disputes have caused Sino-Japanese trade to cool down. Orders from Japan have declined rapidly. At present, only orders for export to the United States continue to increase in single digits.

We have various of Shaggy Carpet with different style, such as the Acrylic Shaggy, Plain Shaggy with polyester or microfibre, Shaggy carpet with the space dyed yarn, and the Shaggy carpet with different design, modern design or flower design. The main characteristic of the Shaggy Long Pile is even more comfortable than it looks ! The thick yarns gives a feeling of steady. The option of this item can be solid color and also with designs. It offers a range of great looking, easy care rugs in large range of size options, a fashion forward color palette, and also consistent designs updated. The classic yarn like Viscose gives a sense of generous while the thin soft Microfiber yarn with exquisite style. Besides, you can have different yarns mixed together, which can increase elegance and finesse for your room. With designs ones, you are not only appealed by the perfect texture makes, but also be fascinated by the harmony color combinations. With such an amazing feel underfoot you can create the ultimate relaxing, warm atmosphere in any room. 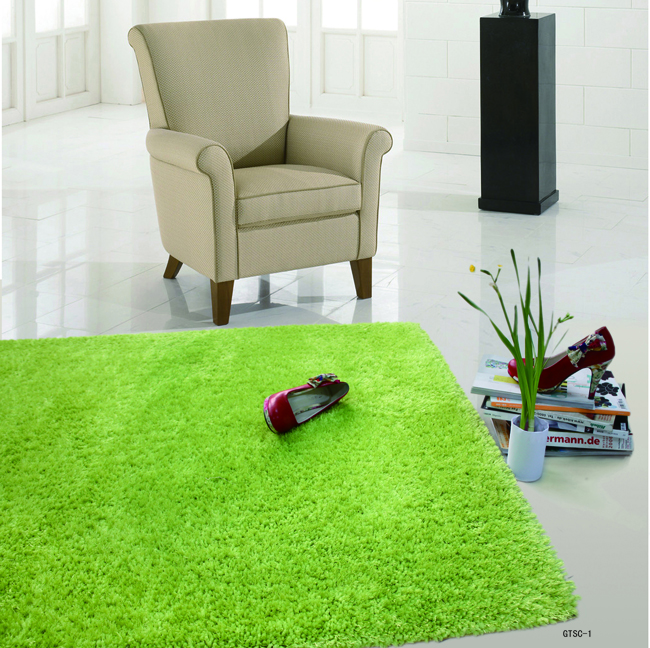 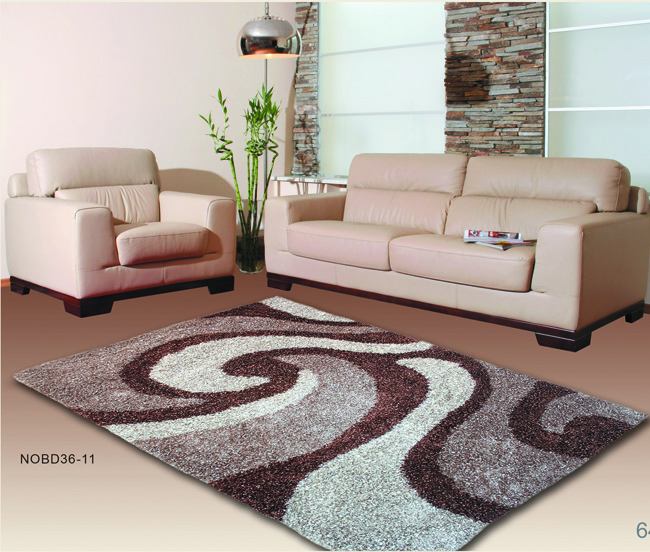 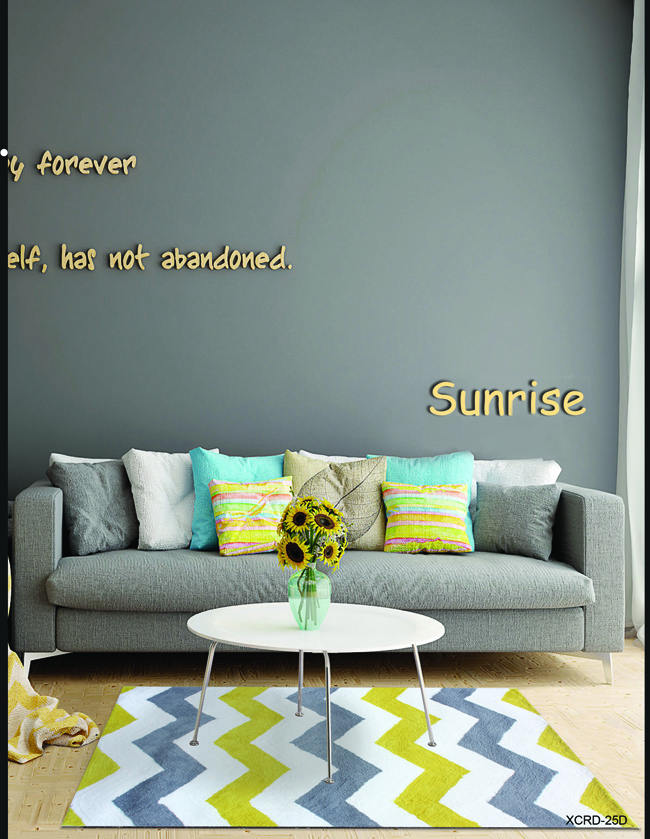